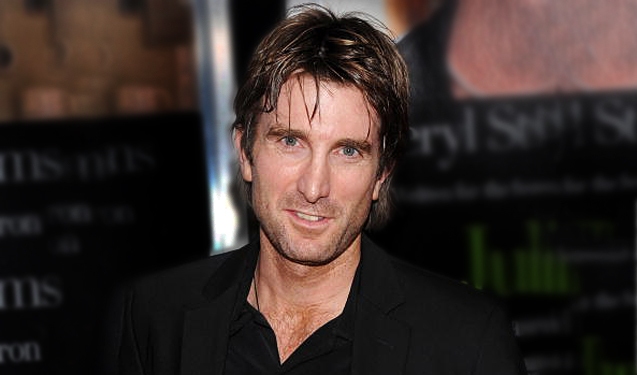 Q. You’re normally a producer and director. How did you end up starring in this film?
A.  Yes, normally I am, but [director Neill Blomkamp] saw something in me that I hadn’t seen [laughs], and decided to test me out for this character. My strength as an actor is improvisation and characterization, doing specific characters. I could always do accents, so I felt very comfortable doing it.

Q. Which do you now prefer – behind-the-scenes work or acting?
A. Acting is so much more stress free…especially this kind of acting, where you’re not learning lines; you’re not stressing how you should say the line. You just show up and you are the character. If I can do that kind of acting and real character acting, I’d love to do more. I’m totally not interested in being, like, a leading man…all cool and sexy [laughs]. That’s not gonna happen. I’d just love the chance to do really original characters that have humor and depth.

Q. You also appeared in Blomkamp’s short film Alive in Jo’burg, which served as the basis for District 9. How was it different working on this feature film version?
A. I think the most interesting part is this part [the press tour], because the actual making of the film – well, obviously the short was a smaller team of people – but from my experience as an actor, it was pretty much the same thing. I play a very different character than I did in the short, but Neill and I did a character test for the character that you see in the film (“Wikus”), so by the time we shot the film, I was very comfortable playing him. This whole thing – the crazy buzz about the film and coming to Hollywood is the part that’s really surprising and drastically different for me [laughs].

Q. What was it like acting opposite C.G. alien creatures?
A. It was a combination of sometimes acting across from Jason Cope, who played all the aliens in the film, and who would wear a suit for the emotional scenes, but often there was nothing. I was just kind of playing against air and working out blockings with Neill with kind of rough eye lines.

Q. Can you talk about your character’s journey from comic goof to hero?
A. It’s interesting because, when Neill did the character test with me, which was the deciding factor for Neill and for [producer] Peter Jackson to hire me, we had only tested the character before he goes through his transformation. I totally had a handle on what that early version of “Wikus” was; he’s funny and there’s a lot more lightness to him. It was really an exploratory process once we began shooting the film to figure out who he would become. But what I started experiencing as an actor was the idea of this character having everything in his life stripped away – the things he believes, the support structure of his family. So, by default, it became more dramatic and more serious in the sense that, as you strip away your preconditioned thinking, all that’s left is your essence.

Q. Were you able to improvise a lot on set or were you forced to stick to the script because of all the special effects sequences?
A. One of the specific reasons I think Neill chose to work with me was because I could improvise, so he and Terri [co-screenwriter Terri Tatchell], put a structure in place and guidelines of the things that needed to happen in a given scene but then I, as an actor, was given an enormous amount of free range to improvise all my dialogue within that structure. I could throw stuff at Neill and he could pick and choose what he needed.

Q. Can you talk about the experience of wearing the prosthetic claw and body makeup as your character transforms into an alien?
A. I was quite cocky and confident when I first started the movie because I thought the crew would do twelve hour days and be complaining way before me, but what I didn’t realize is that generally they call prosthetics before the crew’s there. So I often did four or five hours in the makeup chair before we started. I had an amazing special effects team so we had a lot of fun working those crazy hours in the morning.

Q. What was it like working with Peter Jackson (producer of District 9)?
A. I was incredibly grateful to him because I couldn’t have played this part without his support of my doing it. He wasn’t very involved in a hands-on basis during production, so my interaction was limited to him supporting my casting and his involvement in the publicity tour. Neill and Peter also both supported me in keeping my [South African] accent, rather than toning it down so Americans could understand it.

Q. What surprised you the most about Peter?
A. How down to earth he is. There are a lot of similarities, culturally, between South Africans and New Zealanders. We’re the southern nations, along with Australia, and I think Peter and the whole team – they were just really genuine, straight forward people. No arrogance, no attitude, no “We’re the guys that made Lord of the Rings.” They just love making movies.

Q.  There are metaphoric references throughout the film to racism and apartheid. Were these concepts something that resonated with you?
A. Growing up in South Africa, I had to deal with the heavy emotional pain of [apartheid] and even now, I watch as the country finds its way as a democratic society, which is something I’m very proud of…how we did that in a peaceful way. That was a painful process for people prior to my generation, which had it relatively easy. We didn’t go through the really rough times of apartheid. But it did have an effect on my character and the way I see the world from an acting point of view – people act from what they believe is the right thing. Even if you’re going to war and you’re killing twenty million people, you think it’s the right thing to do at the time. Reality gives you the chance to test if it actually is. And my character goes through that. He starts out thinking he’s doing the right thing.
Q. What was the biggest challenge acting-wise working on this film?
A. I’d say the most challenging part was actually the A.D.R. [additional dialogue recording], where you are re-recording your dialogue. I mean, you’re going and you’re trying to recreate your performance in a dark room, where you can’t really move around, you’re getting beaten up and you’re crying and you’re doing whatever, so I found that to be the most challenging. Especially because I was often improvising on the day we were shooting, so I had to remember the lines and how I said them and stuttering in certain places and putting in a natural speech pattern.

Q. What was it like filming in an actual shanty town? Did the local color (broken glass, smells) help you with your character?
A. I was really grateful for it. The main set was on a twenty-to-thirty-year-old landfill that used to be a rubbish heap, so if you dig down into the ground there’s actual layers of trash that go back years. So the smell in the place was very intense and the ground itself…anytime I had to fall on the ground, there was always stuff. We tried to do spot checks for nails and glass. It definitely made a difference to be in that real environment…the harshness of it.

Q. Did the film’s use of C.G. ever inhibit your performance?
A. The blessing of an actor working with Neill is that he has such a high end understanding of visual effects that he didn’t give me a restrictive environment. It wasn’t green screen and he really gave me the freedom to move around. He put the C.G. around what we were trying to do, rather than dictating to me what my movement’s had to be.

Q. Will there be a sequel?
A. I’m not in a position to comment on that but certainly, if Neill wanted to do another one and the film was well received, I’d absolutely love to do it. We had an incredible time and it was a truly awesome experience.

Q. What was it like premiering the film at Comic-Con?
A. The process of making the film felt very normal and relaxed, but walking through the trade entrance at Comic-Con with Peter Jackson and the whole entourage of people, that’s when you start realizing, “God, it is important that people watch this movie!” I didn’t really watch it, to be honest, I just kind of survived the experience of being at Comic-Con for the first time, having to go and introduce the film with Peter, having Neill next to me and us watching the film together for the first time, because I hadn’t seen the completed movie until then, so it was a little overwhelming. Actually, the screening last night I was able to enjoy more, but the first time was a little more nerve racking.

Q. Are you a fan of the science fiction genre and do you have a favorite sci-fi film?
A. I am, of certain types. Aliens scared the hell out of me. Matrix I enjoyed.

Q.   Do you feel any responsibility to continue making films in South Africa?
A. I guess, as an artist, it will always have an influence on me, but I think what I love about the Hollywood system is that it’s looking for stuff that works from wherever, so I don’t have a particularly desperate need to say, “I’m only going to keep making South African films.” I don’t have that strong a sense of national identity. I’m very proud of my country and glad that it’s getting this moment in the sun, and the industry there is really growing, whether the films being made are set there or not. I’d love to see that keep happening. As an actor, I’d love to play characters from all over the world – different accents, different world views.

Q. What was it like working with actor David James (“Koobus”)?
A. It was awesome, man. He’s a scary guy. He was a much more trained actor than me, so he was also really good with the physical stuff that we did. He was able to do a lot of physical stuff without damaging me, which I was very grateful for. The two of us had a great time playing off each other.

Q. Do you think not being as physically prepared as some of the other actors helped you make your character more naturally clumsy?
A. I’d like to tell you that the clumsiness was all on purpose [laughs]. Every now and then, as we realized the character was becoming more and more serious, Neill would pull me aside and say “Sharl, when you get out of the vehicle and run, could you do it sexier. Could you run more like Bruce Willis.” I’d like to say and believe it was my character who was the clumsy one [laughs].

Q. What’s next for you?
A. I’m on a really strange kind of roller coaster ride and I’m just really grateful for it and I’m just trying to enjoy this experience and, if I never did another movie, I’d be grateful that I was able to give something special with this film. 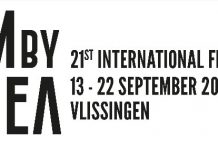 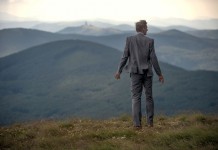 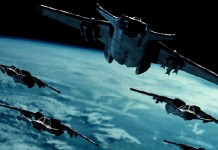